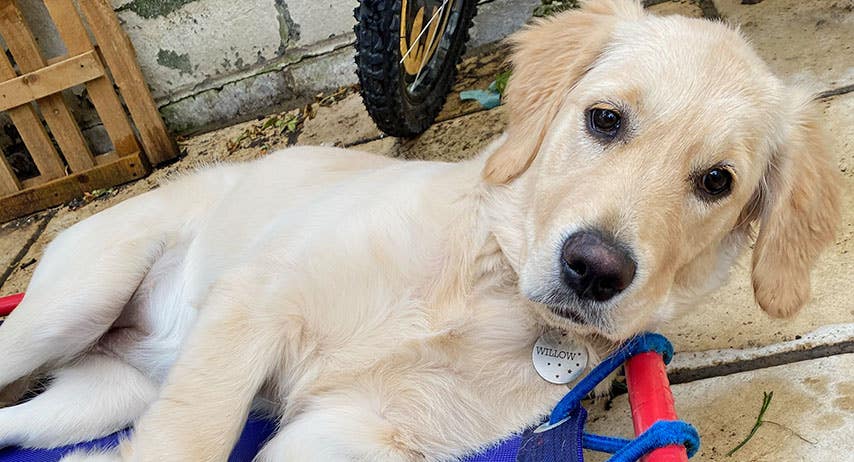 Follow Abigail's monthly blog updates, all about her new adorable puppy, Willow! Plus, her honest review of feeding Natural Instinct and the positive changes documented along the way. 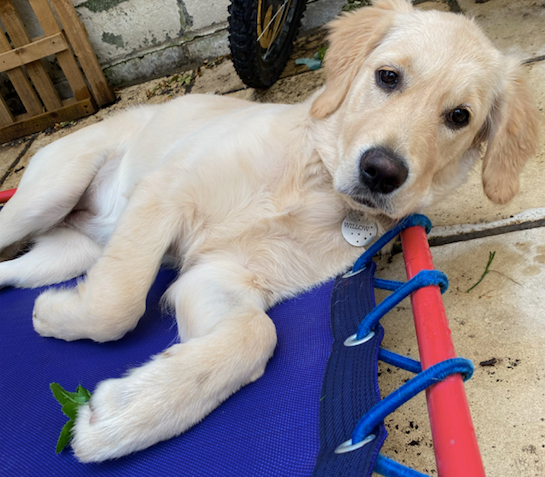 "Here she is with her best human pal Ted!

Willow loves nothing more than to put her head under Ted’s arm so that he can give her a cuddle when he’s watching his bubble lights every morning.

Ted has 4 limb cerebral palsy and epilepsy, he needs 24hr care and is severely visually impaired. 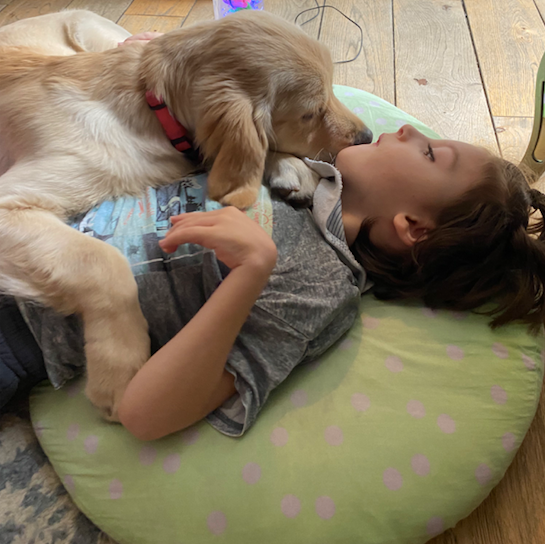 Willow instinctively knows Ted is a bit different to his twin Monty and big sister Bea and so she’s taken over the role of second mum and loves nothing more than to help wet wipe his face and lay next to him and watch the fish go up and down in the tube.

Willow used to have a distinct ‘wet dog’ smell, but since we started over onto Natural Instinct raw puppy food two weeks ago, we’ve all noticed a massive difference in that she doesn’t smell anymore and her once very windy bottom has completely stopped.

She would have normally had an upset tummy at least twice a week and since we fully transitioned over to Natural Instinct even her poos don’t smell!  It’s been a huge positive change!

Her eyes are clearer, her coat is shinier and she just looks an all-round super, healthy puppy!

We’ve just started training Willow and although predominantly she is a family dog,
Willow is going to help with Ted as they grow together!

She already sensed he was about to have a seizure when we were out walking the other day and jumped up on his wheelchair to alert us that something was happening!

She really is ‘Willow the Wonder dog’ and already has a bit of a reputation as a puppy celebrity where we live, as she loves nothing more than a good cuddle from a passersby on her walks to the park."