Part 2: Worms and the Gut 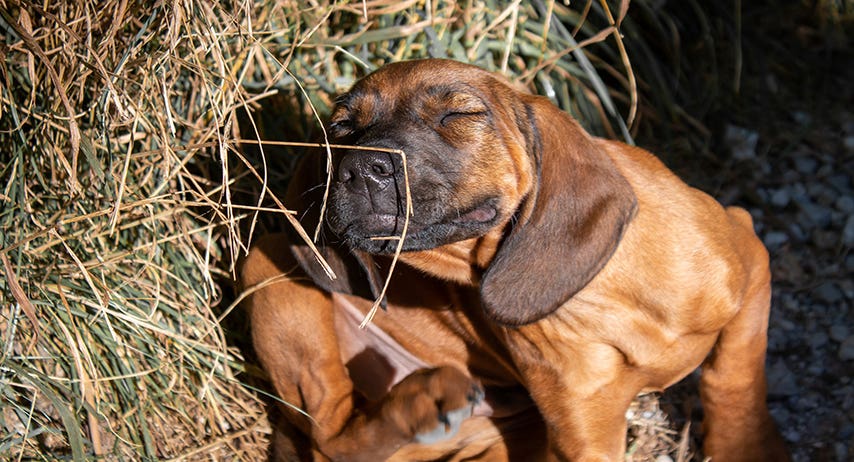 Part 2: Worms and the Gut

In part 2 Kate Bendix, discusses worms and the gut.

“Worms are a fact of life, often undetected and they can wreak havoc with your dog’s gut if left untreated.”

Sit down next to your dog and slowly run your hand across their fur. Is it a little dry, or courser than usual? Are they to be found nibbling at the base of their tail more often than not? If the answer is yes, they may have worms, quite a few probably. Or, they might have worms and display no outward signs at all.

The point is worms are a fact of life, often undetected and they can wreak havoc with your dog’s gut if left untreated.

The most common worms in the UK are tapeworm, roundworm, hookworm, whipworm and, increasingly, lungworm. And, like all parasites, worms need a host to complete their lifecycle and they just volunteered your dog. Yay!

So how does a dog get worms?

• Worms
A dog eats, drinks or licks something contaminated; grass, an outside water bowl, infected poo or a dead thing, for example.

He or she swallows the eggs which then hatch in the gut, become larvae and mature to adulthood. The new worms attach themselves to the gut wall then while away the days eating passing nutrition meant for your dog, whilst releasing millions of eggs which get passed out, to be spread far and wide infecting other dogs.

• Lungworm
Slugs and snails host lungworms and your dog will become infected with larvae from licking or eating them, or something where their paths have crossed. Drinking from infected water, or by eating another creature that has already eaten the slug or snail.

Lungworm larvae leave the gut maturing into adults as they migrate through the blood towards the lungs. The adults release eggs that enter the lungs where they develop into larvae. Your dog coughs up and swallows the larvae and passes them out the other end. And on it goes. Are you squirming yet?

Worms are thieving scavengers
Worms feed off your dog, depleting them of vital nutrients. If they have worms coming out of their ears, so to speak, the intestines become inflamed and even more nutrition is lost. A large worm burden can affect your dog’s immunity and erode your strenuous efforts to keep their gut tip top. The thing is wormers can sometimes affect a dog’s gut too.

Many of you savvy raw feeders out there like to treat your dogs holistically and only give a wormer when your dog actually has worms. But how do you know when they do?

Ever heard of a worm egg count?
A worm count is a way of detecting worm eggs, or lungworm larvae in dog poo. Bag up a sample of the first poo of the day and send it off to the lab, who will scrutinise it under a microscope and report back their findings. Contrary to what you might think, most samples come back negative for worms.

I love the simplicity of it. A low cost test from a poo you pick up every day anyway that allows you to make an informed choice whether to worm or not. In addition you get a peek through a small window into the health of your dog’s gut at the same time.

Your dog’s fur stays shiny and bright, and you know they’re alright.

Now, a disclaimer. If your dog is displaying symptoms that worry you, always take them to the vet. This is a piece about worms in the gut and, while the symptoms could indicate worms, there could be a hundred of other explanations and it is always important to get them checked out.

Written by Kate Bendix, Writer and Author of My Itchy Dog, The Dog Diet and Worm Counts for Dogs