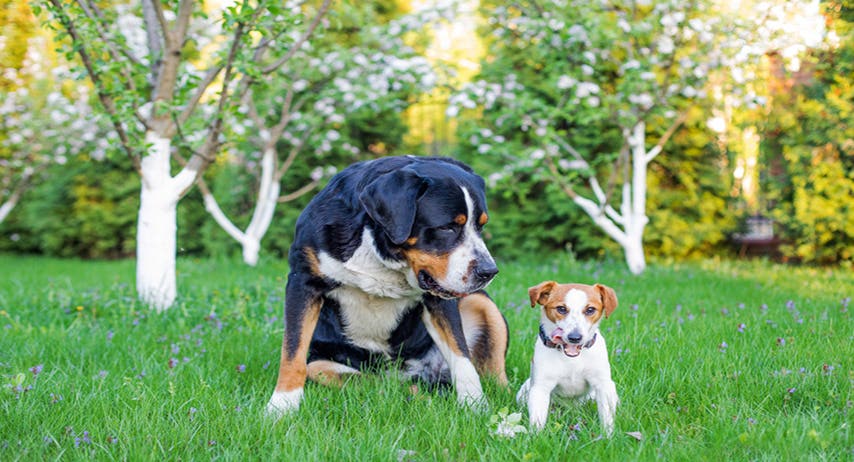 Why do smaller dogs age slower than bigger dogs?

Robert Thomas from Marvelous Dogs tells us why....

One of the best predictors of lifespan among mammals is body size. Looking at most species it has been shown that larger individuals tend to have a shorter lifespan than their smaller counterparts.

This phenomenon is exceptionally true in domestic dogs, as small pooches live longer and age slower!

Countless research studies have been conducted to determine the most accurate predictor of canine lifespan, and it has been shown that body weight is the variable most closely correlated with length of life. Here’s a few reasons why:

There are several factors that contribute to large dogs aging quicker than small dogs, and most of them can be explained by understanding that a dog’s body only has limited resources for growth, body repair and reproduction throughout life. Larger dogs allocate more resources to growth and maintaining a large body size than small dogs do, and therefore compromise other areas which small dogs don’t need to as they distribute resources more evenly.

Following studies to determine our furry friend’s life expectancy and how this correlated with their size, scientists from the University of Washington concluded the median lifespan for a giant breed was 11.11 year, a large breed was 13.38 years, a medium breed was 13.86 years and for small breed was around 14.95 years.

Within the study it was noted that in addition to size, whether or not the dog was purebred, and the reproductive status also played a small role in the longevity of the animals. The data suggests that larger dogs lived shorter lives, than smaller ones and it all related back to the allocation of resources.

Lifestyle plays a role too

In addition to body size, studies show that risk may play a role in why small dogs live longer than their larger counterparts. It seems that the lifestyle of dogs also plays a role in the length of their lifespan, and large dogs tend to live more dangerously.

A small toy poodle who spends their days lounging on their favorite loveseat doesn’t experience quite the same amount of risk as a working Border Collie or German Shepherd Police K9. For dangerous tasks and working jobs, larger dogs are often the first choice for their speed, strength, and agility. However, these jobs come with risks and are often tasking on the dog’s body, which can slow mobility quicker and age them faster. Much like humans, lifestyle and activity plays a key role in risk.

Yes, small dogs live longer and age slower! Whether it be genetics, a lack of risk, or simply just their body size, statistics show the smaller the dog the longer you can expect them to be around.

However, don’t let this fact deter you from getting a larger dog. The studies show small dogs only live a couple of years longer, and with the proper veterinary care and nutrition all dogs can live long, healthy and happy lives!

By Robert Thomas from Marvelous Dogs