​5 games to keep your dog on the ball during Winter! 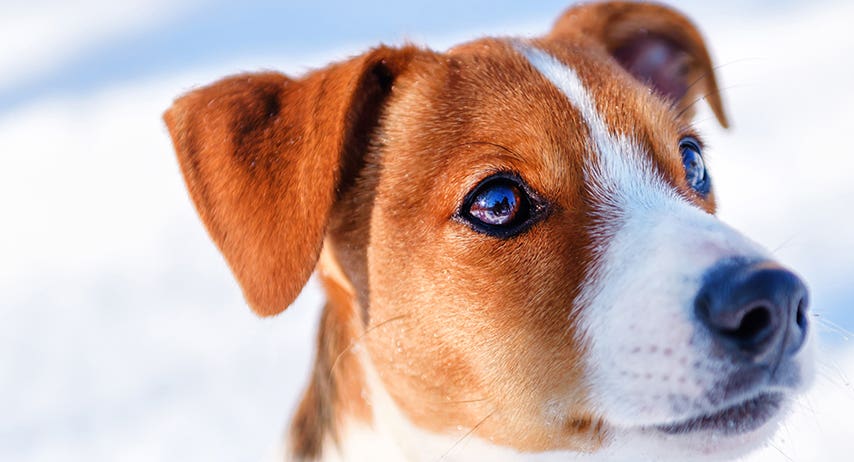 5 games to keep your dog on the ball during Winter!

Baby, it’s cold outside. It’s that time of year again, autumn heading into winter, when long evening walks are a distant memory and muddy paws are the fashion until spring. It’s also when dogs are usually at their most bored because they’re not getting enough mental and sensory stimulation.

It’s that time of year again, autumn heading into winter, when long evening walks are a distant memory and muddy paws are the fashion until spring. It’s also when dogs are usually at their most bored because they’re not getting enough mental and sensory stimulation. This can make for a long winter for your dog, and studies show they suffer from depression in the same way we do, but it’s easily avoided.

Short pavement walks might constitute all their daily exercise for a bit, but your dog loves the mental stimulation she gets by sniffing; at the base of a tree or getting right into those tiny, grassy crevices where the pavement meets a wall. I have no idea how they manage to pee on a few blades of grass, but they do! But, when it’s dark, wet and cold, and she’s on the doorstep contemplating murder if you make her venture out, don’t worry, there’s plenty you can do to keep her occupied and happy indoors.

We hibernate in winter ourselves but still have enough to do indoors to keep us occupied. There’s still food to cook, model aeroplanes to pour over (someone has to) and boxsets lining up for our attention. All of this keeps our minds ticking over as we potter about the house, waiting for spring.

For our dogs, however, there is only so much sleeping and mooching about they can do before the screaming ab dabs set in. Imagine if you never have to lift a finger; your food is delivered to your bowl (by magic) and the sofa awaits your furry bottom. That’s fine for a day or two (and I’m not insinuating for a moment that your bottom is furry) but you would be bored witless after a few days.

The benefits of keeping your dog entertained indoors

When you’re out on a walk dogs are basically self-entertaining creatures. There are smells everywhere (head about to explode), peeing on top of another dog’s pee to do (essential), squirrels to hunt down (never caught but relentlessly pursued) and balls to retrieve. Exercised dogs, in both brain and body, sleep better, are more alert and have good energy. They have a better appetite and are far less likely to shred the soft furnishings.

In the house and garden there is nothing your dog hasn’t smelled, investigated and identified a million times over. Imagine reading the same newspaper, repeatedly, for months. To us, our home is a winter haven. To them it’s dog jail! Having nothing to do erodes a dog’s confidence which can lead to depression.

All it takes to give them as much stimulation and entertainment as they get outside, indoors, are a few easy games, rewarded with a quality, high value treat. It’s engaging, fun and will really get her brain going. Plus, it’s exercise without suffering the elements. And it’s cheap!

The main aims are to fire up the brain in the same way it would be out on a walk, and to get them moving.

A note on treats

I’m going to recommend various Natural Instinct treats for each game because:

Stuff a toy with treats

Dead simple, get yourself a tough toy with a hole, made for treats. If you can get one that wobbles, making it harder to get the treats out, then so much the better. Stuff it with a few treats and leave them to figure how to get them out. To start with put a couple of treats just inside the hole so they will fall out easily. Once they realise that toy + effort = treat, you’re sorted.

Practise some nose work. It’s fun and rewarding and easy to learn. Get your dog to sit and stay then show them the treat. Hide it where they can see it, at the other end of the room by the sofa, for example. Give them the command ‘fetch it’, it needs to be a new command they haven’t heard before. Do that a few times until they’ve caught on.

Now get them to stay, and hide the treat out of sight just around a corner, then give the command again. The more you do it the farther away you can hide it. Soon you’ll be able to take a very small treat and hide it anywhere. Dogs get a huge benefit from sniffing something out.

This works on dogs of any size and you don’t need to buy anything, it’s all in the house. Roll up a towel and lay it on the floor, lead your dog with a treat until they hop over it (not walk around it like my dog, Nikita, does!)

Lead them under a table, or on and off a garden bench. Put plant canes in the ground to use as a weave (high canes, with rubber tops), lead them through it with treats until they’ve got it. If you’ve got a children’s slide reward them for climbing the stairs and sliding down.

Again, a freebie. Take three plastic cups or beakers, even small plastic food containers will do it. In front of the dog hide a treat under one of them then switch all three about. You know this trick! Then let the dog sniff out the treat. Initially, to catch on, lift each cup until the treat is revealed. Do that a couple of times then let them figure it out on their own.

Most dogs love learning new tricks. Trying teaching them something practical then everyone wins. I have a friend whose dog loads dirty laundry into the machine, I’m not kidding. It takes him a good twenty minutes and he has the best time doing it. It’s also one less job for his mum! He has to engage is brain and concentrate really hard. That mundane task to us is his job and his alone. He sleeps for ages afterwards.

All these games are based on reward. For most it’s food but if your dog isn’t food driven make them work for what does it for them, a favourite toy or tennis ball for example.

Every experience here is free, if you don’t have to buy a treat stuffing toy which cost a few quid, and you can use any Natural Instinct treat to do them.

They’re dried then frozen so won’t turn to mush when defrosted. You can just as easily feed them frozen, in fact they might bash up better into smaller pieces if you do it before defrosting (watch out for flying liver through, do it in a bag!)

I love, and have used, Natural Instinct:

They do it for a dog in the same way crumble and custard (alright, don’t judge) does it for us. Try one, try them all, there is something here to cheer everyone up. No moping.